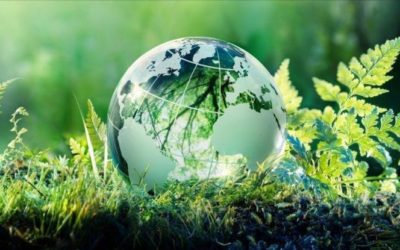 Doing the due diligence of getting an environmental survey, before budgeting and bidding a renovation project, is essential to minimize surprises and project schedule snags, environmental remediation companies assert.

Jeff Loebner, environmental project director at BluSky Restoration Contractors, said having an environmental consultant go in and take samples of all building materials that are going to be disturbed during remediation and performing an asbestos analysis is paramount.

“I consider an environmental consultant to be like an architect,” Loebner said. “They design the project and make sure it is done correctly. They tell us (remediation contractors) the scope and the quantities, and we bid it from there. This survey is a legal requirement. The results need to be shared with the city or county in which the building is located and with the state, too.”

Wiley Robb & Associates, LLC is an environmental consulting firm that performs inspections and surveys of small to large building renovations across St. Louis and beyond.

“We get called in on the front end of things to do asbestos building inspections, surveys and environmental site assessments,” President Tristen Wiley said. “We are the developer’s first line of defense. We come into play during the feasibility of the project process, poring over historical records, performing environmental sampling and testing, and making determinations on what if any hazardous materials or contamination may be on the site. We’ve even been involved in the lending phase when there’s a cost analysis being done concerning the environmental feasibility of purchasing the property.”

“Some owners are willing to take the risk (upon discovering conditions that need remediating), and some are not,” said Wiley. “We help property owners evaluate that risk and provide the data to assist them in making a determination. The earlier we’re able to step in, the better,” she added. “We can also provide third-party monitoring and project oversight services if the remediation work is being performed by others.”

A team approach is critical in mitigating owner environmental risk, according to Trey Coad, vice president at SCI Engineering, Inc. Coad said owners who engage a professional team that is versed in a wide variety of potential environmental risks as well as construction and site management experience can make all the difference.

“Understanding the true risks of environmental issues is extremely important, particularly as to how those risks will impact current and future site use,” said Coad. “Having a well-rounded professional/firm on board will prevent potential environmental ‘tunnel vision’ and can breed solutions that complement the other site activities rather than the anxiety and cost otherwise associated with remediation.”

Once risk strategy and tolerance have been discussed thoroughly with the project’s owner/developer, obtaining a permit from the state is a necessary early step.

In addition to the local municipality, the Missouri Dept. of Natural Resources, St. Louis County’s air pollution control division and St. Louis City’s air pollution control division are examples of parties that must be notified prior to any environmental work that is going to occur. According to Loebner, the next step for the remediation contractor is to get the bid approved by the owner and secure the contract.

“It all depends upon the type of material you’re removing,” said Loebner, who is leading a massive asbestos remediation effort in Nashville, TN as the city and region recovers from a series of large tornadoes that hit March 2-3. “You’ll then need to demarcate the area so licensed remediation workers can begin.”

Demolition/remediation contractors are usually the first contractors on the scene during any renovation project, Loebner said. Once the necessary permitting and surveying has concluded, the company is on the scene and the removal area has been identified, workers fitted in full personal protective equipment (PPE) gear will pre-clean the remediation area. Then they’ll erect the containment perimeters. “Depending on the work, it could be two layers of six-millimeter polyurethane,” he said.

Next, remediation contractors will bring in negative air machines to establish negative pressure inside a “cocoon,” filtering the air for any asbestos fibers or other contaminates while capturing and containing them.

“OSHA monitoring is occurring throughout this process,” said Loebner. “We sample the air on a daily basis, both inside and outside the building, to make sure nothing is escaping.”

Some 99 percent of the work being done is manual work, he added, noting that this is an area of the industry that arguably has changed little in terms of technological advances. “There is no mechanical system for scraping ceilings,” Loebner said. “It’s a lot of detailed work using plastic, razor blades and knives. An example of this is where you’ve got a corrugated deck and your I-beam butts up to it…we call them pigeon holes…you’ve got to get all the (asbestos) material out of every crack and surface, and that’s done by hand.”

Thom Wellington, CEO and founder of Wellington Environmental, agrees that too many project owners neglect to determine in advance what they’re going to encounter.

“It’s a requirement under the federal NESHAP (National Emissions Standards for Hazardous Air Pollutants) standards of the US Environmental Protection Agency,” said Wellington, referring to compliance monitoring and the stationary source standards for hazardous air pollutants or HAPs. HAPs are defined as those that are known or suspected to cause cancer or other serious health effects. “Where the surprise comes in and the mistakes happen in most renovation projects occurs when no one has really done a thorough pre-inspection for asbestos, and maybe lead, to determine what they’re going to run into.”

NESHAP standards require an asbestos survey is performed, prior to any property renovation, to determine what may be impacted by the renovation work. “All too often (without this survey), a contractor goes in, pulls up the carpet as part of the floor renovation, and the next thing you know they’ve got asbestos floor tile and asbestos in the mastic,” Wellington said. “The same thing can happen with pipe insulation. Pipes were commonly insulated with asbestos. Contractors need to remove asbestos from any spots where they made tie-ins. If we’re a subcontractor on the job and asbestos is discovered, we must make a notification to the state and/or county, and they require a waiting period of as long as 10 days before we can begin work. If the governing agency won’t allow an exception and a permit needs to be obtained, that waiting period can wreak havoc with the project schedule,” he added.

Crossroads Construction Services is an environmental remediation contractor and interior demolition firm. President Jeremy Rodriguez said developers need to realize that even if they have the property surveyed for potential environmental issues, additional hazardous materials may be discovered during the work itself. “Especially with older structures, unless they can do a super-intense sampling of everything, there may be hidden materials and situations that arise,” Rodriguez said. “Smart owners will include a budget for any potential surprises.”

Testing for hazardous materials for interior remodels is also critical, he said. “A lot of times when owners are doing interior demolition (only) and they’re not tearing down the structure, they may not opt to test,” Rodriguez said. “We see this a lot when there’s an insurance event such as a flood or fire. Testing must be done prior to removing the damaged materials to ensure that none of it contains asbestos. If these materials are disturbed before finding out during cleanup that they contain asbestos, the (remediation) job becomes exponentially bigger.”

Midwest Service Group has conducted environmental remediation and cleanup in many downtown St. Louis buildings and in schools across the region as well. Vice President Corey Elliott said his firm recently did the remediation in the former St. Louis Post-Dispatch building.

“We encounter asbestos in piping, floor tile and in spray-applied and acoustical fireproofing materials,” Elliott said. “We are the first one on the site. We’re the pacesetter. Often, we have two to three weeks to perform what could be a two- to three-month job. Because we’re at the beginning of the project, every trade follows us. And with the current social distancing requirements, we’re dealing with the dynamic of scheduling fewer workers at a time because we typically work in areas of limited space.”

“It’s amazing how many developers will buy a building, have the design done but not do an environmental survey,” said Loebner. “That survey may cost $5,000 but it could save the developer $1 million or more. I always urge my clients to let me at least walk through the building before they buy it so they know early on what they may be getting into.”

Midwest Service Group began as a small family business in 1987 guided by traditional values, ethical principals and practices. Now after some 30 years plus in business, we've grown and changed in so many ways but we stand firm in our commitment to our values and to providing the very best service to our customers.